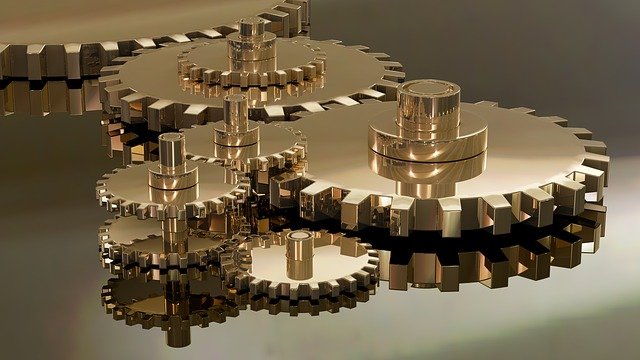 What are the applications of worm gear?

Worm gearmotors are used by businesses in a wide variety of different industries which makes them extremely versatile as a motor. These motors are commonly used when space and or noise is an issue.

For this reason, worm gearmotors are commonly found in elevators and airport equipment as they generate less noise than other types of motors. You can also find many worm gearmotors in food packaging facilities. Due to the fact that worm gearmotors have significantly fewer gearsets than other motors, they are prized by manufacturers that don’t have much space to work with.

In the food packaging industry, worm gearmotors are used alongside conveyor belts and compact equipment. They’re also used quite frequently in the construction of lifts, hoists, etc.

As worm gearmotors have the unique ability to absorb energy from a sudden shock, they are favored by businesses in the heavy equipment industry. These motors can be found in rock crushers and other varieties of heavy industrial equipment.

Worm gears: What are they and where are they used?

A worm gear is essentially a component that includes a shaft featuring a spiral thread that drives a toothed gear wheel. Depending on your intended application, you may need a miniature worm gear motor, high torque worm gearmotor, or a DC worm gearmotor.

As worm gearmotors are used in heavy equipment, food packaging, elevators, airports, and other industries with similar operational requirements, they have a range. With such a wide range of uses, you will most likely find yourself in need of a worm gearmotor.

When is another product better than using a worm gearmotor?

While worm gearmotors are prized for their fast braking and stopping capabilities, low noise outputs, and ability to absorb energy, they aren’t built for speed. Any application that requires a lot of speed will require a different type of motor.

This means that if you need something that’s compact, quiet, and has the capacity to absorb energy from sudden shocks, you’ll want a worm gearmotor. When you need speed, you’ll want something else.

Grab Your Next Worm Gearmotor From Telco!

Telco specializes in producing some of the finest and most reliable motors in the world including high-quality, expertly made worm gearmotors. When you find yourself in the market for a worm gearmotor, give us a call and check out our selection.

Telco has the worm gearmotors that you’ve been looking for, see for yourself!