What You Should Know About Stepper Motors 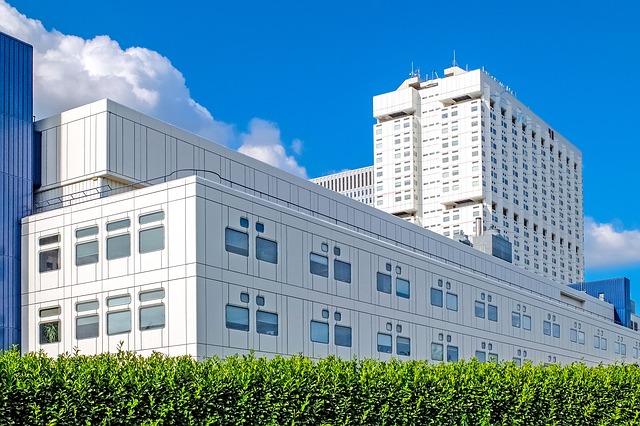 The main feature of a stepper motor that makes it unique when compared to other motors is that it rotates in “steps” (i.e. in fixed amounts of degrees with pauses in movement) rather than with continuous motion.

How a Stepper Motor Works

A stepper motor is a type of electric motor that uses two sets of interacting coils to create a rotating magnetic field. The electromagnetic fields inside the coils interact with an external magnetic field, and a reciprocating motion is created. The motion can be used for a variety of purposes, including linear and rotary movement, as well as force generation. Stepper motors are typically smaller than other types of electric motors and are often integrated into electronic components.

Stepper motors are also becoming increasingly popular in the realm of wearable technology and robotics applications. In addition to its common use in robotics, stepper motors have also found applications in 3D printers, sewing machines, and other devices that require precise movements. They are also used in medical equipment such as hospital beds or wheelchairs to facilitate precision movements.

Stepper motors contain coils that create north and south poles when energized. Once energized, there is a push or pull that causes the magnetized rotor to spin. Mechanics aside, stepper motors that are built by Telco are a reliable choice for companies manufacturing high-quality security cameras.

Stepper motors can have several types of internal structure designs for their rotors. Each design has an impact on the performance of the motor and determines how it is controlled. A stepper motor can have a permanent magnet rotor, a variable reluctance rotor, or a hybrid rotor that uses elements of both of the first two.

With this rotor, a good amount of torque is usually created as well as a detent torque, so the motor will resist a change of position whether or not a coil is energized (however, it is not necessarily a very strong resistance). The disadvantage of this construction is that it offers the lowest speed and lowest resolution in comparison to the other two types.

A variable reluctance rotor is made with a soft iron core that is specifically shaped to have fewer rotor teeth (i.e. fewer poles) than the number of windings (i.e. stator poles). The “off” rotor will be perpetually pulled into alignment with the closest energized coil, thereby knocking another set of teeth out of alignment and continuing the “stepping” cycle. With this rotor, higher speeds and resolution are attainable in comparison to a permanent magnet rotor. However, the disadvantage is that it offers no detent torque and often has reduced torque in comparison to the permanent magnet.

As implied by the name, a hybrid rotor is a combination of a permanent magnet and a variable reluctance rotor. Magnetized axially with a unique shape, this type of rotor is constructed with two caps that have alternating teeth, allowing it to capitalize on the strengths of both of the other rotors. With a large number of teeth, the precision of a hybrid rotor is increased with an inverse relationship to the decrease in the angle of the step. This rotor has a high resolution, speed, and torque, but the disadvantage of it is that the more complex structure directly results in a higher cost.

The motion of the stepper motor requires the coils to be energized in order to create movement. Additionally, the direction of the current must be controlled as well. There are two approaches to controlling this current that utilize either bipolar or unipolar design.

With a grounded center tap in between the two leads of the winding, a unipolar configuration only allows current flow in half of the winding at one time. Because only half of the copper is magnetized at a time, the magnetic field created is half of what it could be if the entire wire was magnetized. Although this design uses relatively simple circuits and components and only two semiconductors are needed, they do require more leads and are therefore more difficult to construct.

On the other hand, in a bipolar stepper motor, each coil only has two leads available, and an H-bridge is necessary in order to control the direction of the current. A bipolar design does require a more complex driving circuit in comparison with a unipolar arrangement, but because all of the copper in one coil is used at once, this configuration allows the motor to create the maximum magnetic field per the amount of copper that is used, this directly results in maximized torque. As technology has progressed, the favor has gone to bipolar steppers; today,  they are used far more frequently than their counterpart.

A smaller stepper motor is used because it needs something inside the camera to move the lens to certain positions to the right or left. Stepper motors are also used in robotics.

Stepper motors are great for creating linear motion and are used in everything from robots to robots that draw. Linear motion is easy to control because the steps of a stepper motor are much smaller than the overall movement required. When you want to create a drawing, for example, you can set up the printer’s Z-axis to move back and forth across the page. This creates a line that can be drawn by the pen or mouse. Stepper motors are also commonly used in robotics because they can be precisely controlled.

Their small size makes them an ideal fit for applications such as robot arms and grippers. Stepper motors can also be used in printers and other machines that need to move small parts around. Stepper motors are also used in some electronic toys like RC cars, drones, and RC helicopters. These types of toys can either be controlled manually or by remote control.

What Can We Do For You? Find the Best Stepper Motors for Your Business at Telco Today!

Are you in need of a stepper motor but have questions about picking between a permanent magnet, variable reluctance, or hybrid rotor and a unipolar or bipolar design? With so many options available, the decision can be a little overwhelming. Don’t hesitate to contact an expert here at Telco to help you weigh the options and ensure that you come to understand what motor type will be the best for your unique circumstances.

Get in touch with Telco today and find the best stepper motors for your business!